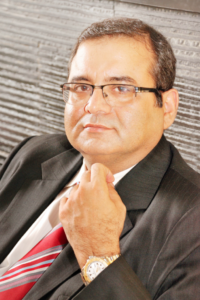 Sameer Kochhar, Chairman of Skoch Group, is a passionate advocate of social, financial and digital inclusion. In 1997, after spending 15 years in the corporate world, he decided to follow his inner calling and become a development thinker. Ever since, he single-mindedly applied himself to the rigours of self-education, academic research and field tours. The Skoch Group – which has a think tank, media and consultancy arms – was established as part of this endeavour. His expert opinion is sought by the government. In Kochhar’s thinking, writings and activities, his profound admiration for India’s economic reforms – and in extension, those outstanding personalities who strive to make these reforms more meaningful and broad-based – comes out clear and unambiguous.